The project was originally planned in 2009 with purpose of security, portability and performance in computing by Pars Enterprise for wide commonly used computers with x64 processor which is officially started in 2015 and developed by Mahdi Montazeri CEO & Founder of Pars Enterprise. Initially, a beta version of the GNU/Linux edition was released, and after months FreeBSD edition was released, the prototype, as well as the GNU/Linux version, was developed as a beta, then both products were internationally registered and expanded.

Difference between Pars Enterprise Platforms and other operating systems

In today's virtual and modern world, the speed of information transfer and energy conservation are also important at the same time, while reducing costs, such as backing up a large amount of information in the shortest possible time, while maintaining data security. Modern computer systems today are impressive compared to Pars Enterprise Platforms in providing security and protection to users, and this makes the platform an incredibly different platform among other platforms. Other key features are the openness of all the applications in the operating system, which will increase the user's security and confidence in the resulting platform, thereby allowing customers to know the content of their systems to find issues and Problems directly addressed to prevent and resolve them. Another of these differences is having no virus and virus exploitation, which in itself prevents data and information being stolen from users, resulting in a sudden crash of the system meaninglessly and practically impossible. The so-called hanging or freezing issue is common in windows operating system).

Open-source systems can be divided into two parts: Open-source software and Open-source computer hardware, the first part or Open-source software refers to a bunch of programs and commands that their structure and their code Full is available and reviewed, and the presentation and servicing of these software is based on official and diverse licenses licensed by the Free Software Foundation. The second part refers to the computer-aided hardware that refers to a group of digital and hardware brands and products whose electronic implementation map is visible and changeable to the general public and is generally provided with the support and support of the Open-source Foundation. The most important feature of these projects is the development and promotion of digital industries, which have surpassed information and communication speeds, as compared to other types, for example, today's large and modern high-tech companies and Open-source software for graduates and programmers. They use their own projects to maximize the scope of their computer activities. Google, Oracle and NASA are the industry's most prominent examples.

In computer storage, logical volume management, Logical Volume Management provides a space allocation method in mass storage devices that is more flexible than common partitioning schemes. Specifically, a volume manager can integrate, load with one another, or otherwise partitions (or device blocks in general) into larger virtual instances that administrators can re-size or move, in Potentially uninterrupted use of the system. Volume management represents only one form of storage virtualization; its implementation occurs in a layer on the device driver stack (as in the example on storage devices or in a network). One of the properties of logical volume management technology is the powerful encryption information system.

Basically, having the main information on entering personal accounts, including username and password, are not enough to prevent hacking. Therefore, our recommendation to Internet users is to use two-step authentication method for their accounts by activate it in their own panels to make them impossible for others to allow access. This security feature is usually embedded in most Internet service providers and can thus be generated by a security code made by the code generator software such as Google authenticator or SMS by smartphones allow users access to their personal accounts safely. 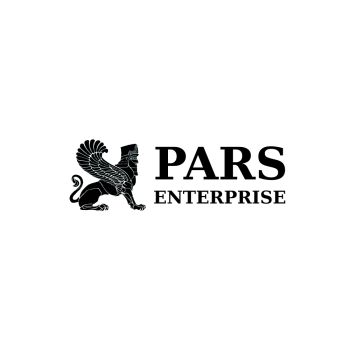